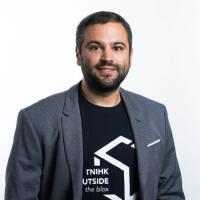 Alon Muroch is an Israeli entrepreneur, and has been developing code from an early age. He began working for many different startups over the past decade, taking many different roles. In 2014, he read the Satoshi white-paper which inspired him to explore and get deeply involved in the world of blockchain and crypto technology. He was a code contributor to Bitcoin, Ethereum, developed his own multi-sig P2P wallet, and later on co-founded Blox.io 2017, where he serves as the company’s chief executive officer. Muroch continues to be passionate about the ways decentralized finance is transforming and opening up the traditional financial industry in a way never before imagined.