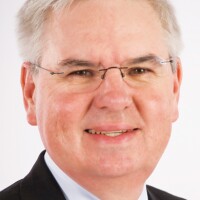 Barry C. Melancon, CPA, CGMA, is CEO of the Association of International Certified Professional Accountants, and president and CEO of American Institute of CPAs. Prior to joining the AICPA, Melancon served for eight years as executive director of the Society of Louisiana CPAs. He began his accounting career in 1979 at a small CPA firm in Louisiana, and was elected partner in 1984. Melancon graduated in 1978 from Nicholls State University in Louisiana, majoring in accounting with a minor in government. He also earned an MBA in 1983 from Nicholls State University and subsequently served as an adjunct professor of accounting at his alma mater for four years. He was also awarded his alma mater’s first and only Honorary Doctorate of Commerce in 2008.